A new full length album is in the works, in the middle of mixing as we speak. Excited about this and feeling really good so far about the direction it's taking. Don't have a release date yet but will obviously post here as soon as there's any news on this.

I did my first show last year playing music from the 2 solo releases, All Is Well & Head Without Eyes. It was a blast and I can't thank the guys enough who played live with me. Mikael Tuominen from Kungens Män/Automatism played bass. Nicklas Barker from Anekdoten/Kosmogon played guitar and Jesper Skarin from Gösta Berlings Saga/VAK played drums & perc. Check out their bands, good stuff and recommended listening!

I wasn't totally sure this would ever be a live/tour thing for me but this evening and the guys definitely showed it was possible and a total pleasure as well! Happy to say that there will definitely be more live activity in the future. It's very likely that this will be in different settings, with a band, duo or just on my own. I'll work on diifferent ways to present the music, inspiring and a bit of a challenge, but music's life so there you go! Zoltan Jakab at Doomstar Bookings will handle all requests for EU/UK and Erin Lynch other territories, check contacts.

In other news I've played on a number of recordings with other bands/artists in 2021. Hopefully some of them will be out this year. One of those albums is already released actually, Big Scenic Nowhere - The Long Morrow. It's the 4th release of theirs I'm on and it's a really cool album. Honored to guest on one of the tracks together with none other than Reeves Gabrels of David Bowie/Tin Machine & The Cure fame, yay!

In the meantime check out the previously mentioned releases, All Is Well & Head Without Eyes, links in the Discography section. All the shop links are working so it's possible to choose your poison there depending on what you're looking for.

Or send a msg here if there are specific q's on any of the releases. 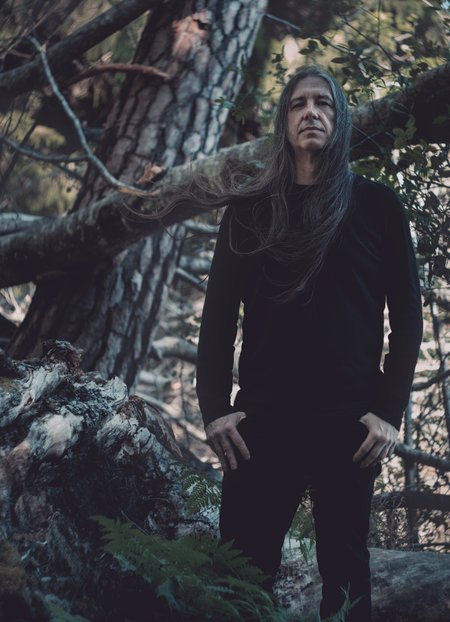